In a few words, that movie is about a couple, each from a different part of India, who meet University. They fall in love and live a romance for two years. Problems start after they graduate.  They wish to work and live in the same city, but convincing their parents to agree to their relationship and marriage provides the movie’s major conflicts.

So, the main point of my review is this: 2 States is a movie about the changes in the marriage culture in India.

Isn’t love enough? Not exactly and n. Not always. In India, the parents choose their children’s partners.  They base their decision on more than just their children’s needs.  Certainly, the groom’s family wishes their son finds a good housewife while the bride’s kin knows that she has a stable provider. So, the choice is based on factors as community affinities, family connections, education level, religion, social and economic compatibilities and so on

But what happens when the couple comes from different origins?  In the movie, they are willing to overcome their cultural differences, but their families are less flexible because they trust in traditional values. The groom’s Punjabi parents in Delhi and the bride’s Tamil roots in Chennai, both resist the pairing. Linguistic, caste, economic, and geographic barriers fuel their “stubbornness”. Their love isn’t enough through most of the film. When the couple seeks to marry, they must act also in connection with their families and their cultural values. Will the parents accept the marriage and develop some tolerance among them since they will become an extended family? You should watch the movie and discover it!

In India, as the movie makes clear, the family is part of the marital relationship of their offspring. So, if the young want to be happy, they and their families have to negotiate between old and new concepts. We see this movement in scenes where pieces of the culture are more exposed, as the parties, when we can see the differences related to food, drinks, dresses, dances, costumes and so on, of each family.  The families’ prejudices were surpassed during the movie by dance, by laugher, by altruism, and by the pain inflicted on who we love. Not only that, but they also manage to fulfill the groom’s mother’s dreams of being a singer. The father, hitherto the villain in the piece, provides the vital link between the two families. We can observe that every character had to heal some wounds with the help of others for the family to be happy together. There is not much space for the kind of western individualism.

So, the movie is about how the parents deal with losing their space in the marital decision of their children. However, they also chose to overcome their differences in favor of their children’s happiness.

The movie 2 States is not as good as Motichoor Chaknachoor – a very recommendable movie which discusses the dowry in modern India – but it proposes a more varied range of subjects and permits us to understand better the feelings of the characters in a way we can be sympathetic to them. So, its multi-dimensional approach is a great quality for me.

I also love to see all the dance and music in the Indian movies because the lyrics are part of the plot since they help to tell you the story. The dance conveys to us the feelings and the lyrics’ meanings through body language. Also, I confess I love to see the proud shown by Indian movies of the Holi festival (the spring, love and colors festival). If someday I am going to India, I want to travel in March!

2 States is a movie based on a book about the real love story between Chetan Bhagat and Anusha Bhagat. Here the original couple: 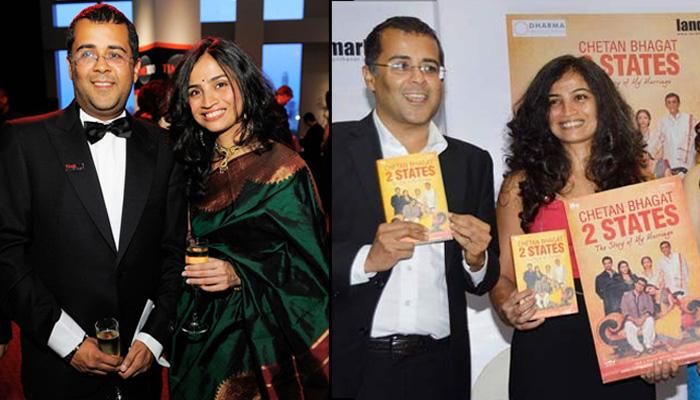 He also wrote: Five Point Someone, Half Girlfriend and The 3 Mistakes of My Life.

Shiki Oriori [or Flavors of Youth] is a Netflix original movie. This movie has 3 stories with different young protagonists. Also, the plot happens in different cities of China, as Shangai and Beijing. However, the audio is Japanese originally.

The first story is about a young guy, who remembers his past through the flavor of San Xian [is a type of rice noodle from the Yunnan Province, China]. So, makes that this story is the only one with some relation based on food. However, from the title, I expected that the food was a more important topic.

Xiao Ming remembers the food, his school, the mornings he spent with his grandmother and his first love.

Now, living in a big city and alone, he comes to the conclusion that the machine made noodles are expensive and don’t taste as in his memories.

I think that everyone can be related to that. It is very common that one has a food from their childhood, which has a nostalgic flavor and brings lots of good (or bad) memories. For example, for my mom, it is eggs Until today she hates eggs because my grandmother determined that she should eat a lot of eggs during her childhood.

The second story is about Yi Lin, a model who is struggling with her future while she carries the burden of taking care of her younger sister.

Here the main problem is “how does one should keep doing what is dear to them?” and “how is it to face the difficulties of making a dream come true?

Yi Lin will face the aging process difficulties. She realizes that she is not so young anymore and her future options are narrowing each day. What are our regrets and, most important than that, what are your motivation to keep enduring the difficulties of the path?

Additionally, this is a story is about Yi Lin and her sister, Lu Lu. Those who have siblings can tell how difficult it is to conciliate their dreams and, at the same time, to continue to support each other over the years.

The last story is the most similar to “Your Name”. It is about Li Mo, Xiao Yu, and Pan, who are childhood friends. The focus is on the romantic relationship between Li Mo and Xiao Yu and how they have been separated for many years.

What I appreciated most wasn’t exactly the premise of the plot, but a minor part of it. Li Mo is an architect, who graduated from a good university. However, he is having trouble to find his vocation in his profession. After he went through his self-knowledge journey and the movie finishes, we can see that he is working with Pan in a small hotel. We can see that he started this business where he lived during his childhood with his friends. He rescued not only his families but friendship bounds. From that, we can observe that he looked happier and satisfied. Sometimes, restarting and recognizing our mistakes are not an easy decision, but our protagonist could make it. Can you make it too?

In general, I had an entertaining moment watching this movie. As I commented, Flavors of Youth has some connections with “Your Name” style, mostly in the last story. Both movies had the same producer: Noritaka Kawaguchi. We can feel more similarities in the visual and in the use of the background sounds. However, I can see how they are different and Flavors of Youth has its own appeal to the public.

This week, I finished Violet Evergarden and I want to write some words about this anime.

END_OF_DOCUMENT_TOKEN_TO_BE_REPLACED

I finished While you were sleeping. I’ve already written about the first four episodes and I liked it so much, as you can read here. So, today, we will talk about the other 12 episodes and discuss the development of the entire series.

END_OF_DOCUMENT_TOKEN_TO_BE_REPLACED

Go Back Couple is starred by Jang Na Ra and this should be reason enough for many viewers (including me) to watch this drama. I will try to review this drama fairly.

I hope yo enjoy this review! 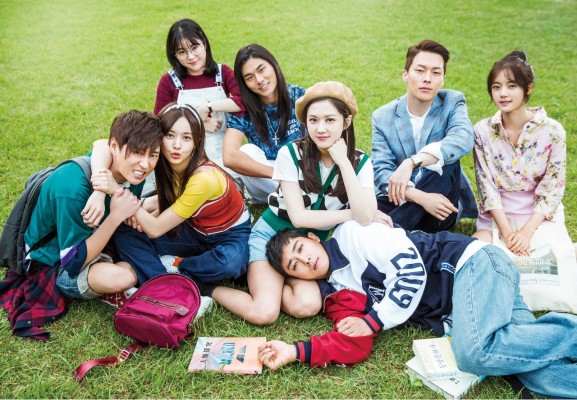 END_OF_DOCUMENT_TOKEN_TO_BE_REPLACED

Before Million Yen Women start, I had seen the trailer on Netflix and I thought: “ah, ok, it looks interesting. I will remember to watch it!”. However, let’s be sincere, I just forgot about it completely.

Fortunately, I have some good friends on the internet who post about their good/bad experiences. One of these amazing people watched this series and tweeted about how good the series was. Then I immediately remembered the series and, of course, I decided to give a chance to this co-production between TV Tokyo & Netflix in order to see what happens. And I must say: I loved it!

END_OF_DOCUMENT_TOKEN_TO_BE_REPLACED

This week some new dramas started:

I really recommend that you don’t watch Man Who Dies to Live (MBC). This drama is being too disrespectful to Muslim religion and customs. We are all free to choose. However, when we choose to consume a product, we are agreeing with the set of ideas and values that this product contains. Therefore, attending a prejudiced drama is the same as agreeing with the prejudice contained in it. So, please, don’t consume a product that is contributing to spread prejudice against an ethical and religious group, which is already misunderstood and that is the target of misconception.

If you need my recommendation:  Reunited Worlds (SBS)

Having said that, let’s talk about The King loves!

END_OF_DOCUMENT_TOKEN_TO_BE_REPLACED

Suspicious Partner is complete, so it’s the moment to look back and analyze what happened. 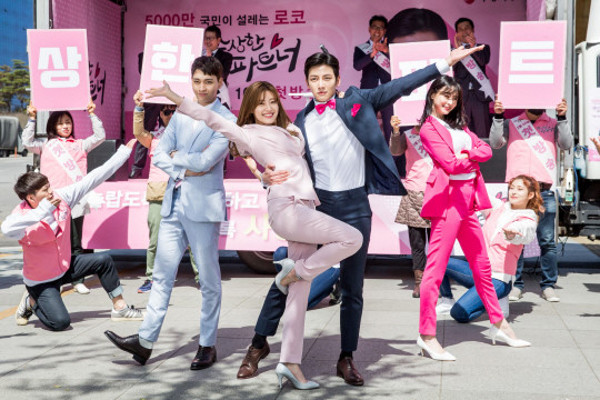 END_OF_DOCUMENT_TOKEN_TO_BE_REPLACED

I will start saying that I began The Bride and the Water God with my heart and my mind opened. In general, I enjoyed the first episode. So, I decided to watch the second episode. My impressions you can read in the following lines.

END_OF_DOCUMENT_TOKEN_TO_BE_REPLACED

I wanted to share some words about “My Only Love Song”, after I finished this minidrama.

END_OF_DOCUMENT_TOKEN_TO_BE_REPLACED

In this blog, I will write about movies, series and animes. Follow me!

My ideas and words
WordPress.com.